A man not given to superlatives, the venerable Peter Thomson declared, after one of Karrie Webb’s many emphatic victories, that she was the best player the game had seen.

This raised a few eyebrows, even among the most fervent disciples of the man who won the British Open five times, especially given Tiger Woods was at the peak of his powers at the time.

There is no doubt Webb’s career has inspired a generation of Australian women to play the game at all levels. Perhaps only Greg Norman could rival her in this regard. The Karrie Webb Series – where two scholarships are awarded annually to emerging young female golfers – already has helped spawn players like Minjee Lee, Su Oh, Stacey Keating and Hannah Green. Scholarship winners attend the US Women’s Open – the biggest event of the year – with Webb. They stay with her, watch her practise, have meals together and even go to the movies. Webb’s generosity is enormous and she will leave a lasting legacy to the game. Almost every young Australian woman who has embarked on a professional career has a story about Webb’s generosity towards her.

Webb’s influence is undeniable and she is passionate about doing her bit and playing her part in women’s golf in Australia. Expect even more involvement as Webb scales back her playing schedule. She is determined to keep finding the future Australian stars in the women’s game.

Her leadership and knowledge as captain of the Australian team in the Queen’s Cup in Japan late last year inspired the team. She was more than happy to share her vast knowledge and intuition about the game.

And all this from a quiet country girl from Ayr in Queensland, who if truth be told, is happiest when she is out on the golf course in relative anonymity ‘hiding’ under her cap and behind her sunglasses.

LEE LEADS THE NEXT WAVE

Fortunately for Australian women’s golf, Minjee Lee has emerged to inspire the next generation. At 21, she is very young in terms of life experience yet is Australia’s No.1 player and already a huge influence on aspiring kids who want to play the game. As she matures, Lee will grow into the position the game has thrust upon her because of her success. “It’s been an amazing ride,” she says, almost pinching herself to see if it’s real.

It’s early days but she is perhaps a once-in-a-generation talent. Mind you, we might also be saying that about Su Oh and Hannah Green before too long.

Three times victorious on the LPGA Tour, Lee may not have won in 2017, but she is already entrenched in the upper-echelon of international women’s golf. She is destined to remain there for a long time.

Lee has shown a willingness to give back to the game by proudly putting her name to MyGolf, Australia’s national junior participation program. Lee and Jason Day are ambassadors for the program, which is a joint initiative by Golf Australia (GA) and the Australian PGA. Not so long ago Lee was a graduate of the GA high performance pathway.

“It is a great privilege to support an introductory pathway to golf.”

Golf is such a great sport for both girls and boys, not only
from a playing perspective, but also from a social viewpoint.”

“This is a brilliant way to introduce the next generation of Australians to golf,” Lee says of her involvement in the game’s development.

The looks on the faces of the eight and nine-year-old girls hanging off her every word at the launch of MyGolf said it all. In their eyes, she’s a legend. “Let’s face it, not many of us have made enough money to put our feet up on a beach somewhere for the rest of our lives,” she says. “We have to do something – teach, coach or something golf-related. I am both fortunate and privileged to have landed in the job I have.”

Lunn is well qualified for the position. She was a pro golfer from 1985 until 2013, playing on all the world tours and for a decade was chair of the Ladies European Tour (LET).

“I got to see golf from a different perspective than most players, how the game ran behind the scenes, which probably stood me in good stead for this position. I have learnt a lot since I took over this job four years ago,” she hastens to add. “I’m passionate about my work and really want to get my teeth into it.”

Lunn’s professional career was impressive. The highlight was her win in the 1993 Women’s British Open and she topped the LET moneylist the same year. Her first win came in 1986 and her last in 2012, proving she was still able to cut the mustard over a 30-year journey. She won 11 times in Europe and Asia.

Women’s golf is going from strength to strength, but Lunn is not resting on her laurels.

“The huge emphasis on women’s sport in Australia is coming at a really good time for us. And while the focus has been on team sports, we want women’s golf to get its fair share of what is out there in terms of sponsorship and new participants,” she says.

“The stats are saying there are not as many girls and women out there playing as there should be. It’s something we are all very aware of and the future of our associations depends on young girls being out there playing,” Lunn says, while praising the support women’s golf has received from the New South Wales, Victorian, South Australian and ACT governments. 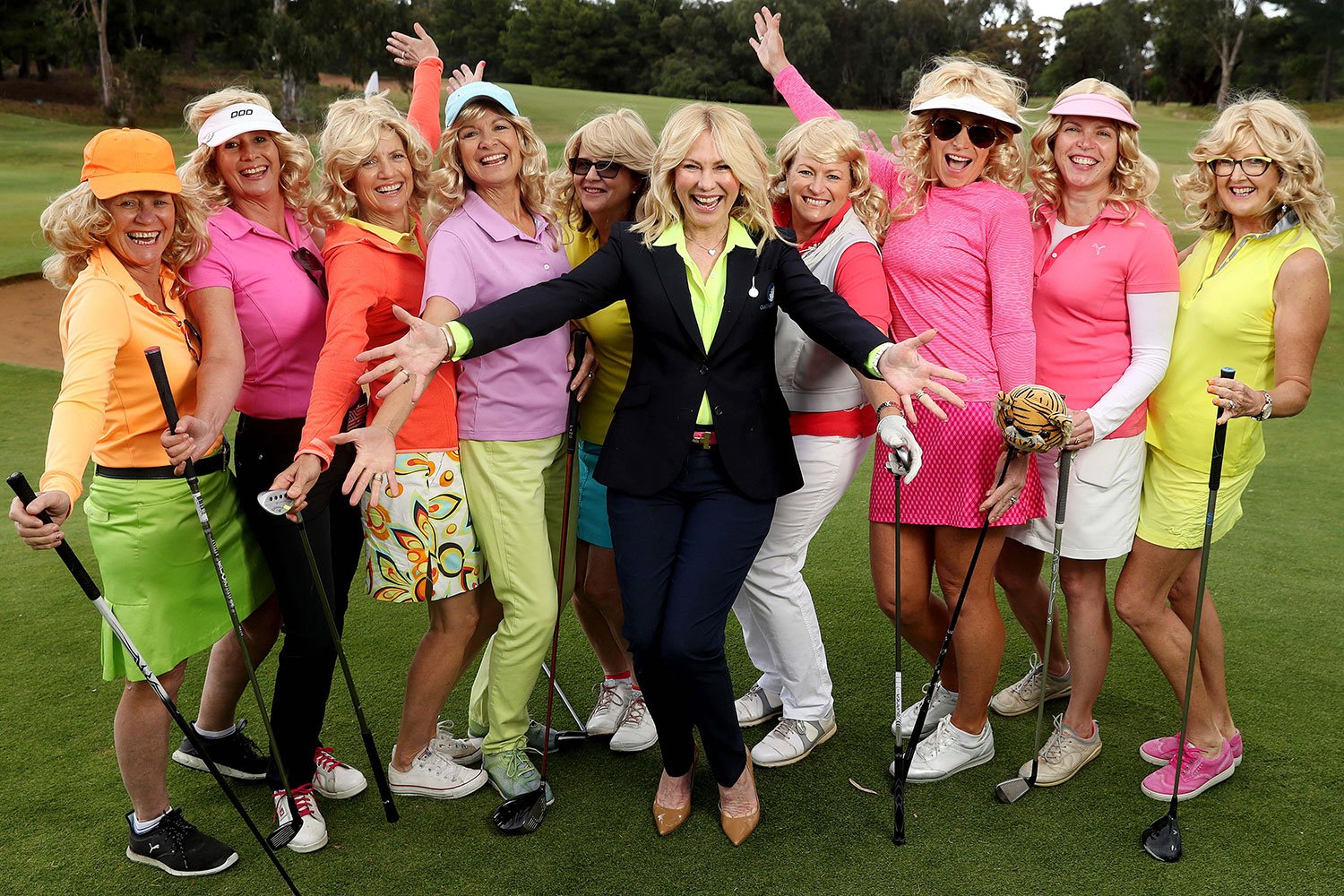 As you would expect, TV personality Kerri-Anne Kennerley is frank about what she has brought to the table as a board member of Golf Australia (GA) for the past five years.

“I cut straight to the chase at board meetings. I think everyone needs to lighten up just get out there and enjoy it,” she says.

She admits to being surprised when GA chairman John Hopkins approached her after she had interviewed Jack Nicklaus at The Australian Golf Club (where she plays off a handicap of 16.9) and asked her to join the board.

While her media profile and expertise have been invaluable, Kennerley is also passionate about getting more women to play the game.

“There is a huge intimidation factor for women who want to play golf.”

“Everyone knows the number of women playing the game is
down on what it used to be. There is a lot of work still to be done.”

“Thankfully, the R&A making the rules simpler was a huge step in the right direction.”

Kennerley believes the net has to be cast far wider to attract women (and men, for that matter) to the game. “We have to have families coming to Kooyonga with their children during the Women’s Open and make it a wonderful experience for them. This is where the next Karrie Webb or Minjee Lee could come from,” she says.

Fellow board member Jill Spargo is working tirelessly to identify the elite talent in the women’s game. GA is appointing a full-time person to drive the growth of female participation at all levels. The position is being partly funded by the R&A, an indication of how seriously the game’s governing body takes the decline in the number of women playing golf.

Kennerley also wants golf to link arms with other women’s team sports like netball, hockey, softball, cricket and football to attract new players to the game. “When women can no longer physically play their chosen sport, golf offers a wonderful camaraderie as well the chance to satisfy their competitive streak. There is a wonderful opportunity there for golf to reach out to these women.”