2. Ball moved during search: replace with no penalty.

4. Measuring a drop: defined by longest club (except putter).

5. Making a stroke on the wrong green is not allowed. Take a free drop off the green. 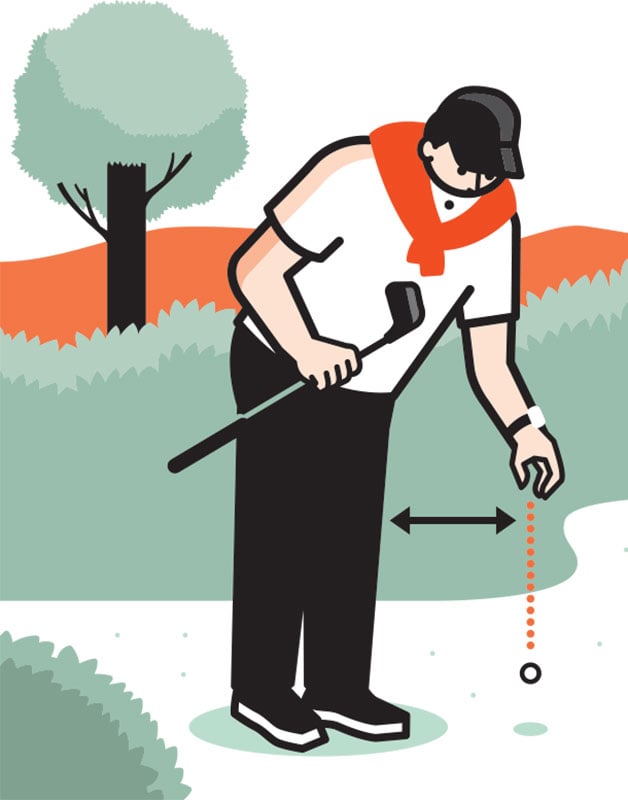 7. Accidental double hit? No penalty. It counts as one shot.

8. Fewer restrictions on touching sand in a bunker.

9. All damage to the green can be repaired except natural wear.

10. Drop from knee height instead of shoulder height.

12. Positioning a club for alignment is not permitted. 14. Ball moves on the green after being replaced? Move it back without penalty.

17. Loose impediments can be removed from penalty areas and bunkers.

18. Putting with the flagstick in the hole is permitted.

19. Dropping a ball outside a bunker – two penalty strokes.

20. A ball wedged against the flagstick and the side of the hole is deemed holed.