Verdict Last year’s XR OS was a super game-improvement iron hidden in a smaller shape. This year, no such subtlety was attempted. The Big Bertha OS is, well, big, and it’s highly suitable for those needing help with launch, distance and direction. The irons use what Callaway calls an “exo-cage” that alters the stiffness of the club’s body in certain areas and allows weight to be placed where it’s most effective. It also lets the revamped cupface (where the face wraps around part of the topline and sole to increase face flex) to function more efficiently.

Comments (M) Colossal distance. Ball goes a mile in the air. (H) Long irons are so easy to hit, it eliminates the need for hybrids. Verdict It’s difficult to believe it was roughly 25 years ago that Cobra embarked down the path of oversize irons, placing an emphasis on distance instead of precision. Cobra continues that pursuit by taking a more multifaceted approach to increasingdistance. The King Oversize irons combine a thinner, L-shape face with a hollow frame and multiple materials to lower the centre of gravity. The result is Cobra’s most flexible iron face ever, nearly at the R&A/USGA limit. A lightweight True Temper XP 85 shaft gives slower swingers more speed, too.

Comments (M) The alignment marks on the face frame the ball well. (H) Its size induces confidence. The offset makes you feel like you can’t slice it. Verdict Ping has a penchant for making irons that are easy to hit, and this is one of its best. A heat-treating process produces a face that’s 40-percent stronger (than the Karsten, Ping’s previous model in this category) in the 4 through 8-irons for extra ball speed. Lighter swingweights in the 4 through 6-irons also make it easier to square at impact. The clubface is thinner than the Karsten model and, in conjunction with the topline and sole, creates a diving-board-like effect to generate more ball speed. Cosmetically, there’s an addition of a ferrule for the first time on a G-Series iron. These irons won’t eliminate all your mistakes, but they’re about as close as you’re going to get.

Comments (M) A club that will make any golfer better. (H) The look at address is as comforting as you will find. Verdict The urethane-filled holes on the topline and toe – first used in the company’s game-improvement C200 model – might be less of a visual hurdle at address in this category. It’s also easier to take when an iron provides such a powerful alternative to what’s already in your bag. The holes, which extend into the cavity, provide extra room behind the impact area so the face can flex and boost ball speed. Plus, the weight that’s saved is redistributed to the heel and toe for additional stability and forgiveness.

Comments (M) I can still get my mis-hits up in the air. (H) The feel is much improved over last year’s model. Verdict Tour Edge clubs are known for their value, but the company’s technological prowess is overshadowed as a result. Here, plenty of tech has been crammed into a conventional-looking clubhead, including a pair of tungsten weights in the heel and toe areas to enhance performance on mis-hits and lower the centre of gravity. That’s especially important to assist launch in the 3 through 6-irons, as those feature stronger-than-traditional lofts. Still not sure? The company offers a custom-fitted (lie angle, length, shaft and flex) 6-iron for just $50 to try.

Comments (M) A well-balanced club with help where you need it. (H) Slightly lower flight than most others. Verdict One of the first companies to adopt the concept of an all-hybrid set, Tour Edge continues its work in that area with the second iteration of its Hot Launch. The company has long believed the game is too difficult and expensive. This club addresses both issues. The seven-piece set is about $500 and comprises all hybrids. (All-iron or combo sets also are available.) The heads are slightly larger than the previous version for extra forgiveness, and the thin, forged maraging-steel face produces more than enough ball speed. The bulk of the club’s weight is in the sole, which helps assist in getting the ball airborne.

Comments (M) Swallow your pride. These do make the game easier. High flight is automatic. (H) The wide soles make it almost impossible to hit fat. Verdict Designed for the super-chopper but playable by almost anyone, this iron disguises its technological horsepower in an appealing shape. The octagon-shape internal depressions behind the face create the additional face flex desired by those drawn to this category of clubs. Perhaps the most intriguing aspect, however, is the attention to the centre of gravity. Weight in the heel of the long irons makes them easier to square at impact. Weight towards the toe on short irons provides stability where it’s needed. It adds up to a reassuring club in your hands when the pressure is on.

Comments (M) The shafts were light and easy to swing. (H) These have a huge sweet spot. Consistent trajectory, too.

Super For All Players 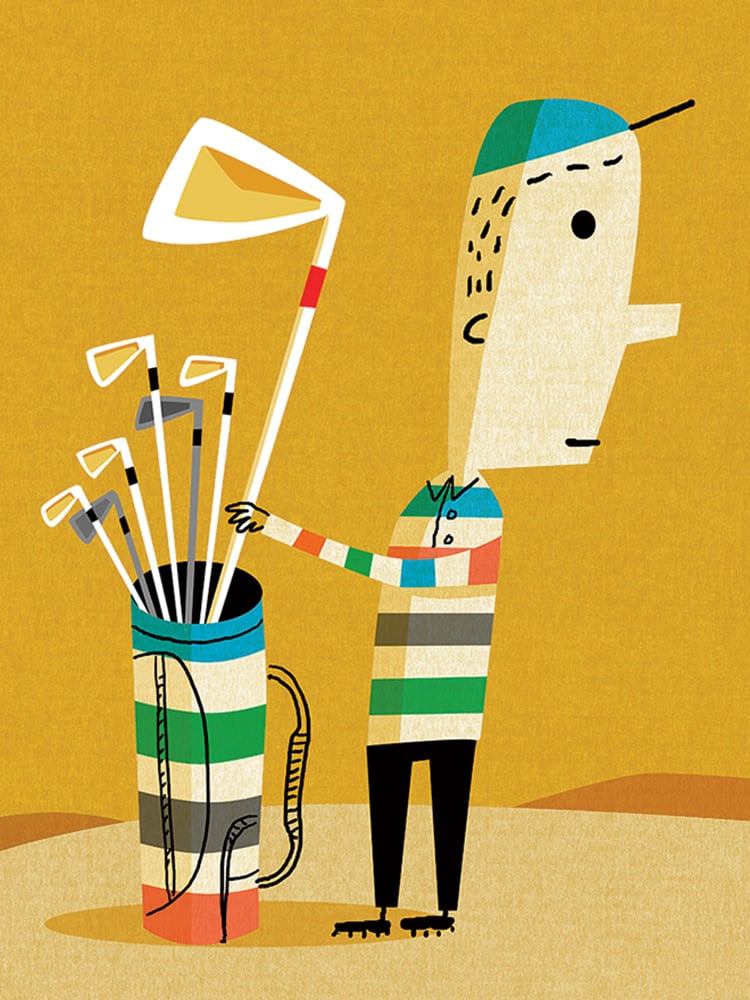 There’s a stigma attached to super game-improvement irons that only 25-handicappers should be using them. Certainly, the player who comes over the top like a lumberjack and has no desire to practise can use all the help these clubs provide, but what about better players?

There’s a place for them, too. Just as many tour players opt for utility irons or even clubs found in this category to replace their long irons, you should, too, Mr Single Digit golfer. We ran a test using Foresight Sports’ GC2 launch monitor with a 4-handicap player pitting a game-improvement 4-iron against a super game-improvement 4-iron. The results were enlightening.

The game-improvement 4-iron carried 155 metres, reaching its peak height at 14 metres. Its landing angle was shallow at 27.3 degrees, leading to 27 metres of rollout after landing. The super game-improvement club carry was identical (155m) but had a peak height of 18m and a 36-degree angle of descent, resulting in a softer landing and cutting the rollout nearly in half at 14m.